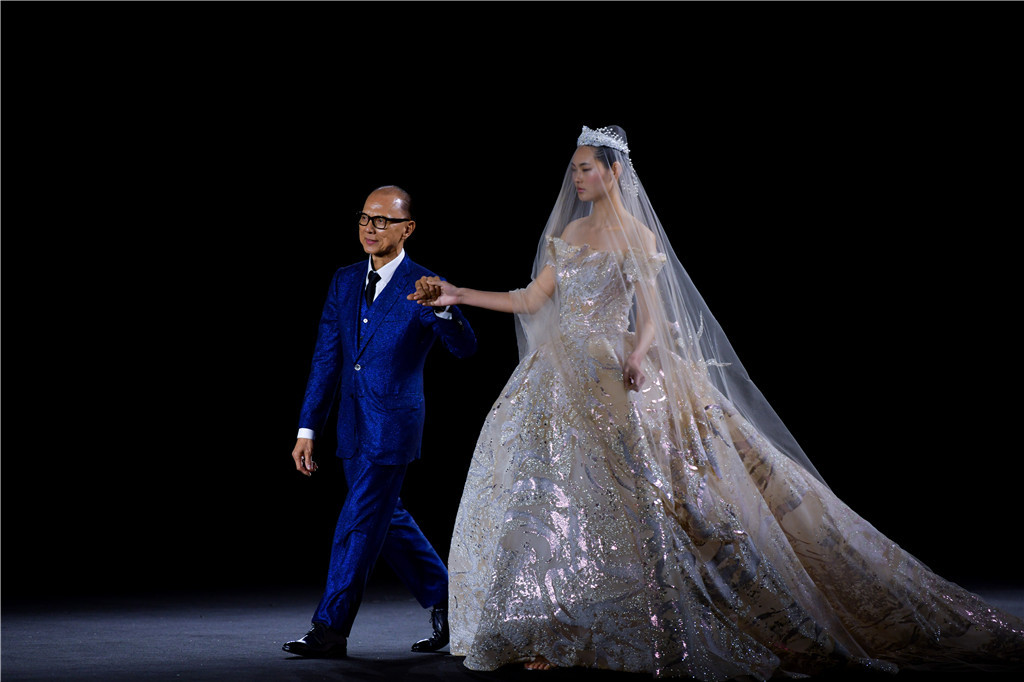 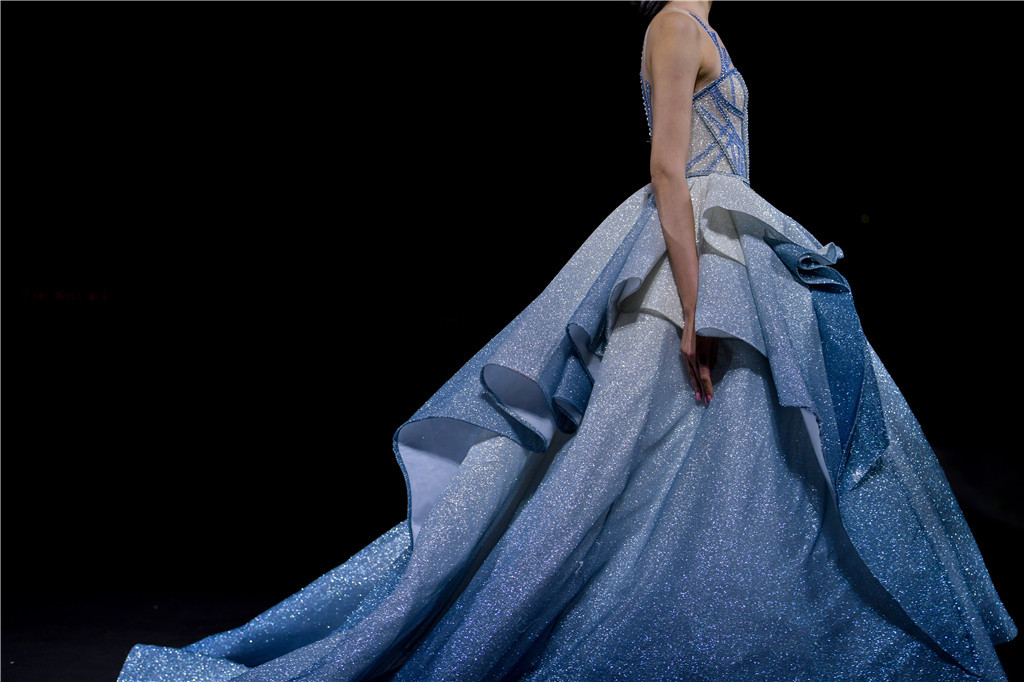 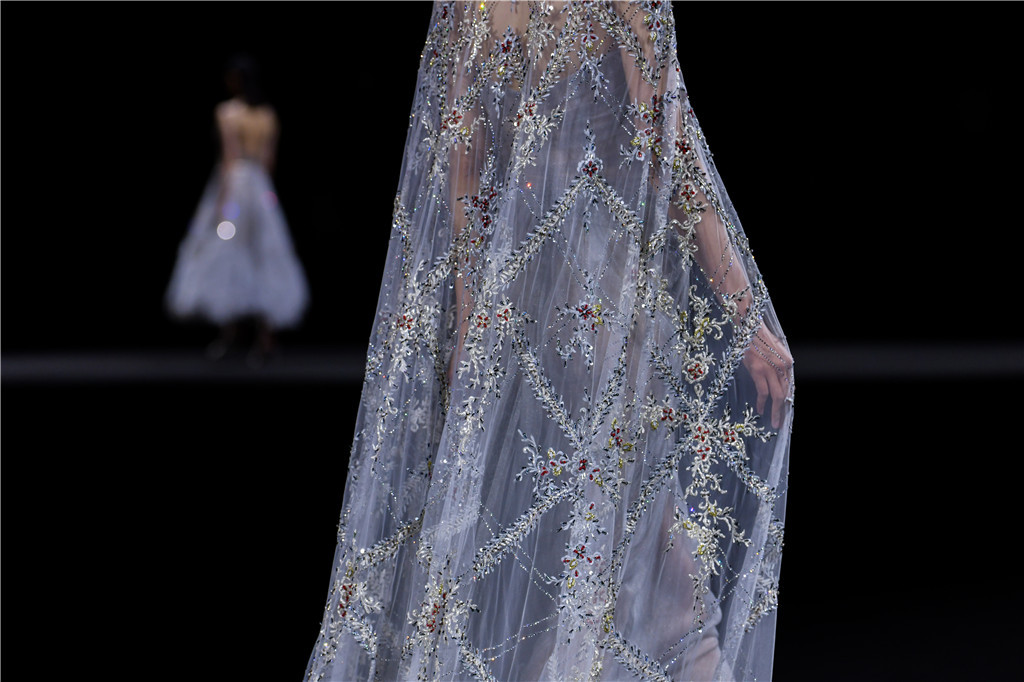 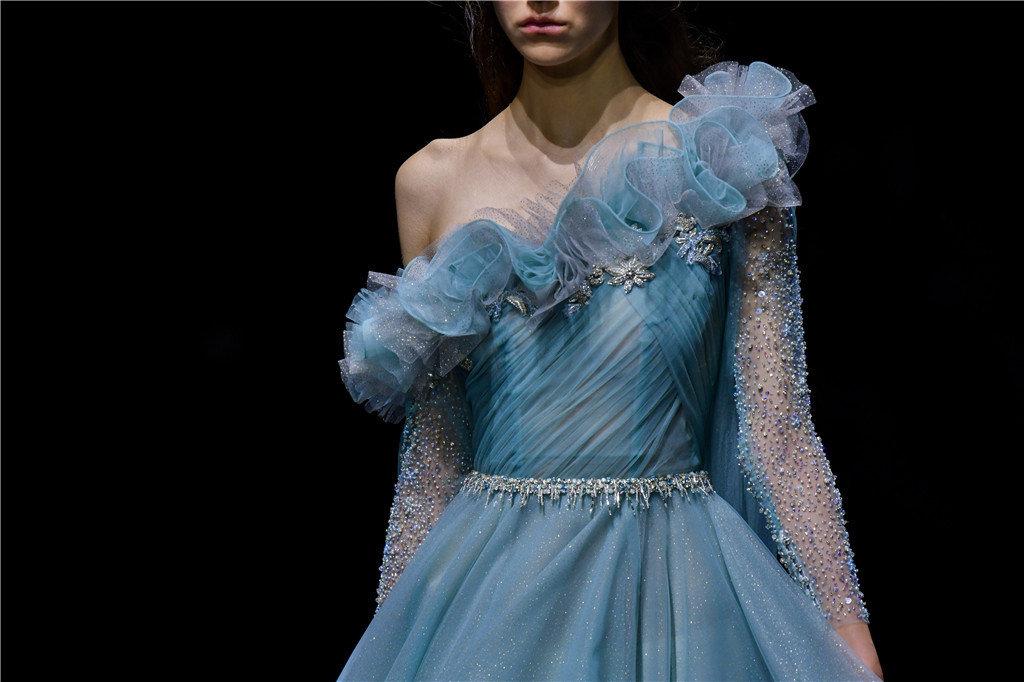 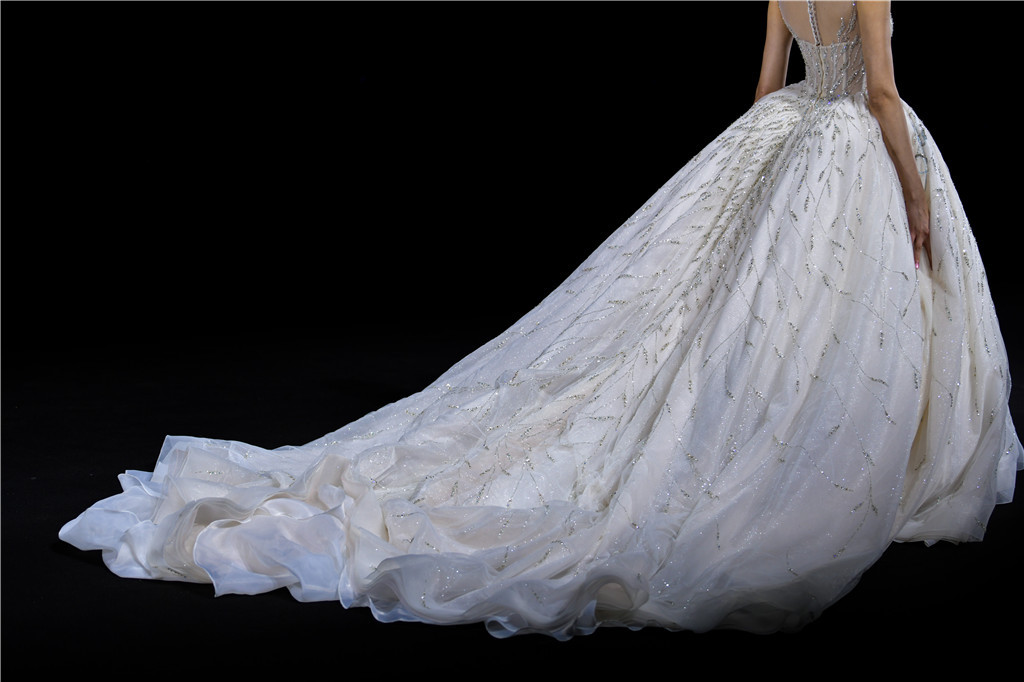 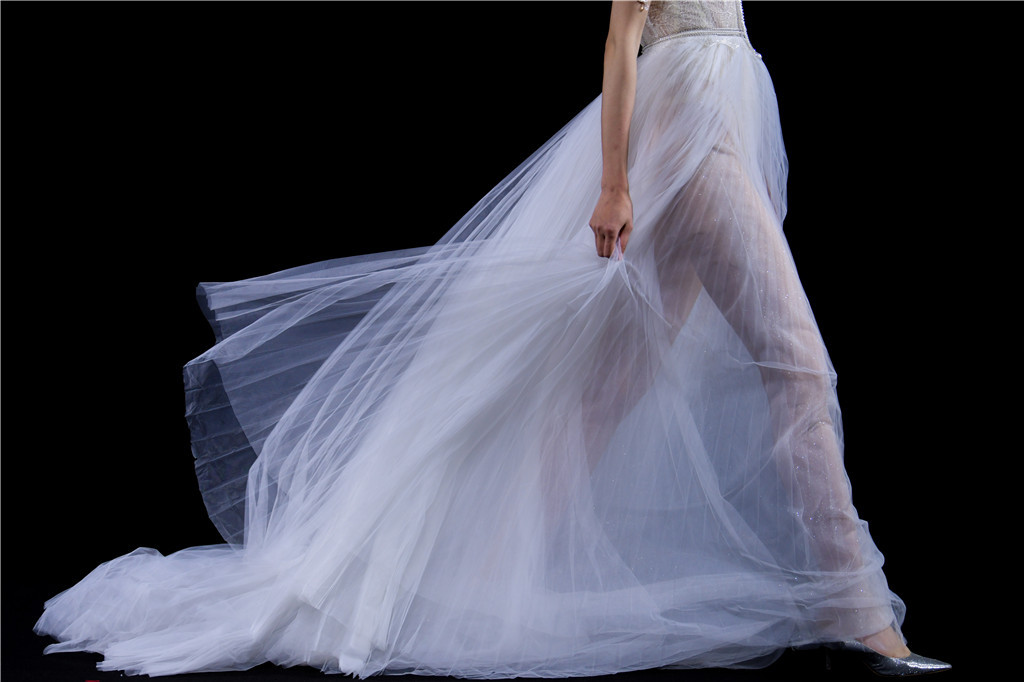 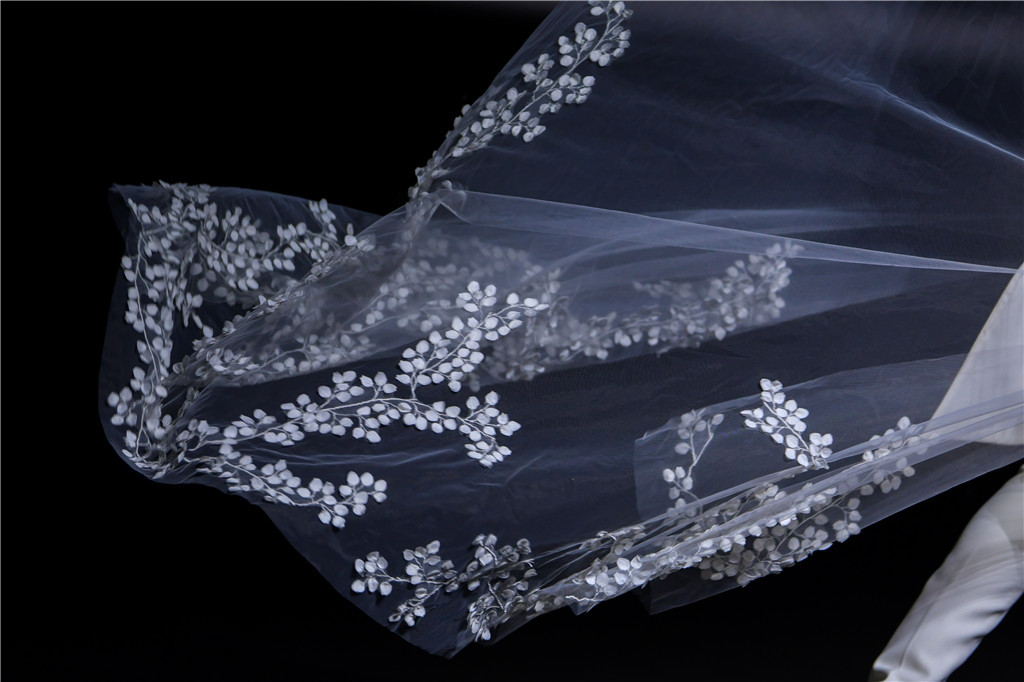 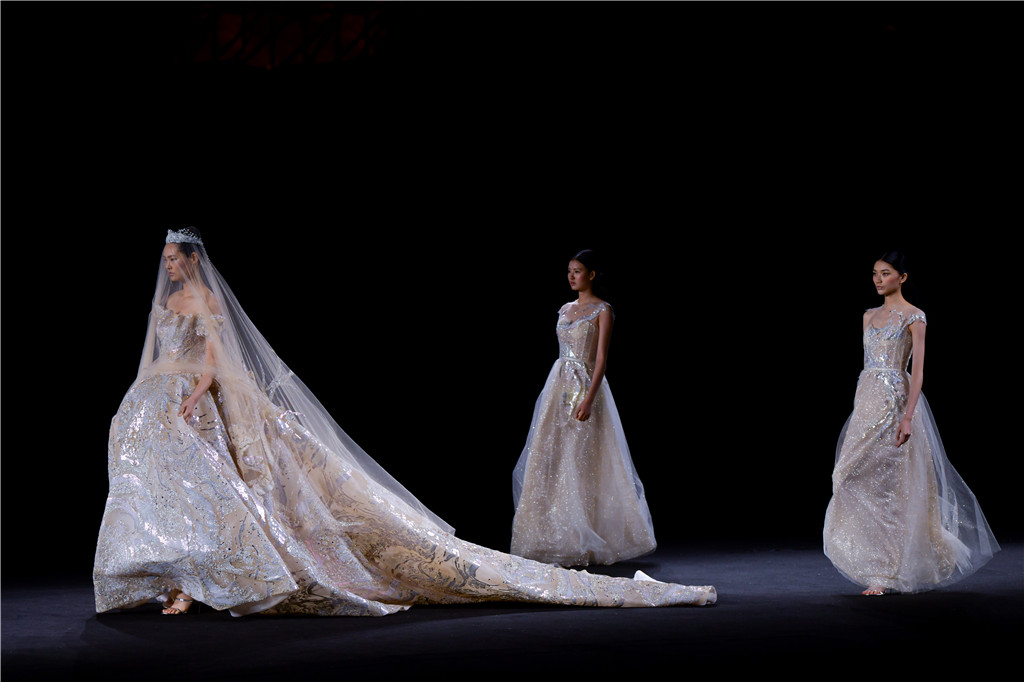 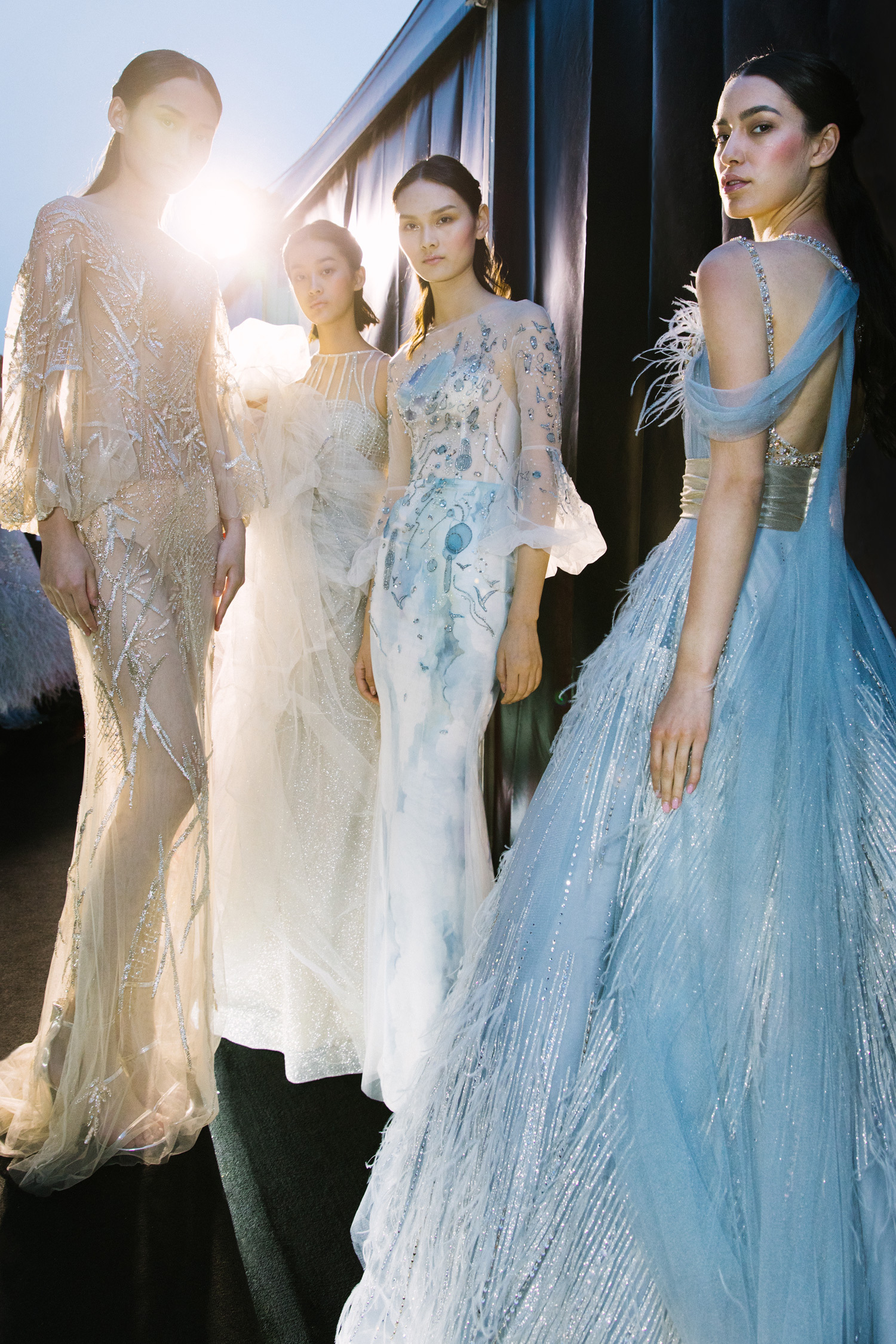 Serving as one of the "Experience Beijing" test events and a qualifier for the upcoming Beijing 2022 Olympic Winter Games, the competition includes 248 athletes.

Chinese Olympic champion Wu Dajing and his 11 teammates were named to compete in the first two events of the ISU World Cup.

In the men's 1,500m, Ren Ziwei, An Kai and Sun Long all qualified for the quarterfinals.

Without making any international appearances in two years, Ren admitted that he had to get used to the sense of competing.

"My body was a bit stiff in the beginning," said the World Cup winner. "But as I kept skating, I found the best conditions. I'm aiming for medals in the next few days."

"We are well-prepared for the World Cup. My body feels good, the competition feels good too," said An, the FISU World University Games men's 1,500m champion. "The ice is really nice and fast."

Beating the world record in the event at the "Experience Beijing" testing programs this April, Sun said he had become more confident. "The result helped us further prepare for the Beijing 2022 Winter Games. We want even better results."

Podium material Hwang Dae-heon was penalized after he made contact with Liu Shaolin Sandor of Hungary during the race. Liu also praised the ice in the interview, adding "I hope the ice will remain at this high level during the Beijing Winter Olympics."

In the women's 1,500m quarterfinals, Chinese athletes Zhang Yuting and Han Yutong both made it to the next round as group leaders, while Xu Aili failed to become the fastest group-third and got eliminated.

Star skaters Choi Min-jeong of South Korea, Courtney Sarault of Canada and Italian Arianna Fontana all booked their spots in the semis, while Olympic champion Suzanne Schulting of the Netherlands was knocked out.

When being asked about the COVID-19 countermeasures, Schulting said that "everything is pretty good organized. I think China did a really great job and I feel really safe and I'm happy to be here."

In the men's and women's 500m heats, all six Chinese athletes qualified for the quarterfinals, with Wu clocking the fastest time of the day with 40.014 seconds.

In the newly added mixed 2,000m relay, the world record was set three times in just half an hour, with South Korea setting a world record of two minutes and 38.451 seconds and the Netherlands clocking 2:38.094 next.

Team China, composed of Fan Kexin, Wu Chunyu, Ren Ziwei and Wu Dajing, went on the rink in the last group and finished with a time of 2:37.747 to fresh the world record for the third time of the night.

Friday will see the men's and women's 1,000m and relay races. Enditem

Shanghai vows to be hub of winter sports in east China******

SHANGHAI, Dec. 20 (Xinhua) -- In spite of being a city lacking in natural snow, Shanghai is stepping up its efforts to become a winter sports hub as China gears up for the 2022 Beijing Winter Olympics next February.。

The organizers adopted cutting edge snow-making technology for the event and laid a 300-meter FIS standard cross-country ski track along the Huangpu River in Yangpu District.。

"Cross-country skiing events used to be held in mountainous areas covered with forest," said Zhang. "To compete in a metropolis like Shanghai is just like a fairy tale. On the waterfront of the Huangpu River, the combination of skiing and scenery is just unbelievable."

Chinese skiier Chi Chunxue, who has qualified for the Winter Olympics, was also excited to compete by the riverside.。

"It is the first time for Shanghai to hold a ski event. I am proud to be part of the first batch of participants," she said.。

According to the 14th Five-Year Plan for Shanghai's sports development, the city will play a key role in promoting winter sports in southern and eastern China.。

In addition to professional competitions, the city expects winter sports to flourish at grassroots level.。

In December 2018, Shanghai launched winter sports projects on school campuses. There are now 40 Winter Olympic model schools and 73 schools with a winter sports focus in Shanghai.。

Shanghai Jiading No.1 High School introduced ice hockey in 2019 and built a 200 square-meter rink in September 2020.。

"Compared with other sports, ice hockey is more interesting and fresh to me, so I chose to learn it without any hesitation," said Li Yifei, a student from Shanghai Jiading No.1 High School.。

According to the Shanghai Sports Bureau, as of October 2021, Shanghai has a total of 13 ice rinks, 34 indoor ski resorts and three curling venues, with various winter sports fields across 13 districts.。 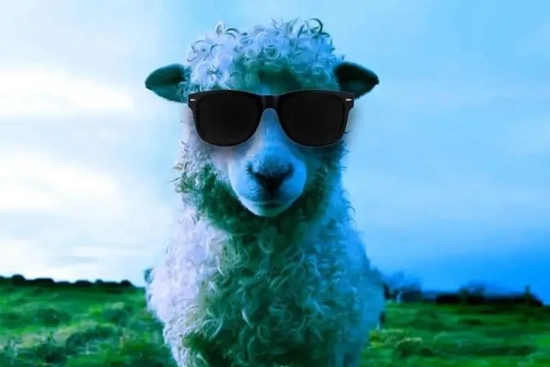 Once upon a time there were some unusual Australian sheep, with exceptionally sharp eyesight.

These sheep were part of a medical trial that aims to ultimately help people with some types of blindness to be able to see.

The specific aim of the sheep test was to see if the device in question, the Phoenix 99, caused any adverse physical reactions - the bionic eye was said to have been well tolerated by the animals. As a result, an application has now been made to start testing in human patients. 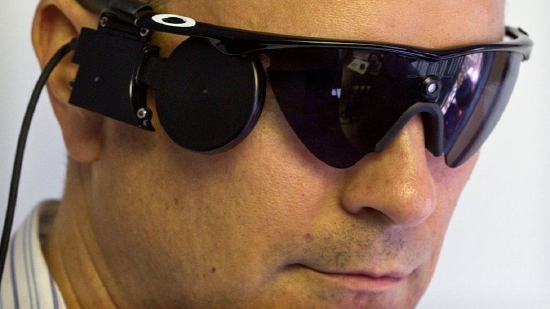 The Phoenix 99 is wirelessly linked to a small camera attached to a pair of glasses, it works by stimulating a user's retina. The retina is the layer of light-sensitive cells at the back of the eye that convert light into electrical messages, sent to the brain via the optic nerve, and processed into what we see.

The Phoenix 99 device is able to bypass faulty retina cells, and 'trigger' those that are still able to work.

"There were no unexpected reactions from the tissue around the device, and we expect it could remain in place for many years," says Samuel Eggenberger, a biomedical engineer at the the University of Sydney's School of Biomedical Engineering.

At least 2.2 billion people around the world suffer from some form of impaired vision, ranging from a mild level to total blindness, according to the World Health Organisation. The WHO says the financial impact of this, in terms of loss of productivity, is more than $25bn per year for the global economy.

The use of bionic eye systems to help treat blindness is an industry still very much in its infancy, but with technological developments advancing quickly, one report expects the sector to be worth $426m by 2028.

"Advancements in technology have been redefining ophthalmology," says Dr Diane Hilal-Campo, a New Jersey-based ophthalmologist. "Innovations have not only made diagnosis easier and more precise, but have transformed patient care for the better."

As an example, she points to a bionic eye that has already been fitted to more than 350 people around the world - Argus II from US firm, Second Sight.

This works in the same way as the Phoenix 99, and the initial version was first fitted to a patient as far back as 2011. 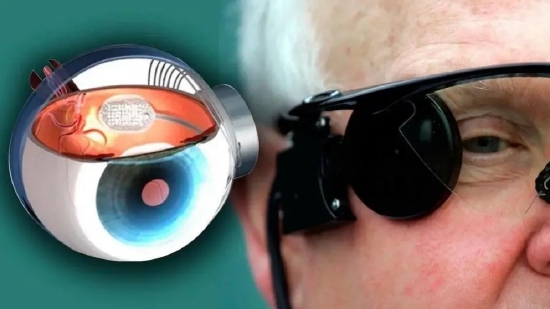 Second Sight is now continuing work on a new product called Orion. This is a brain implant, and the company says that it has the goal that Orion will be able to treat nearly all forms of profound blindness. The project is still in early clinical phases.

Other bionic eyes systems include the Prima device, which has been developed by French firm Pixium Vision; and Bionic Eye System by another Australian team, Bionic Vision Technologies.

Dr Hilal-Campo says that one current problem is the high cost of the technology, which makes them "accessible to very few people". The Argus II, for example, costs about $150,000.

She adds that as the tech is still in its infancy the results are not yet anywhere near perfect. "I have no doubt that the technology has transformed the lives of patients who have been lucky enough to receive these implants," says Dr Hilal-Campo. "Currently, however, the technology is limited, only allowing for the perception of light and shadows, and, to some extent, shapes.

"[Yet] I am optimistic, that in the coming years, biotech firms will continue to find new ways to help restore sight in those with vision loss."

Bhavin Shah, a London-based optometrist, agrees that bionic eyes still have a long way to go. He compares them with digital cameras, which were first invented in 1975, and then took decades before they were widely available. 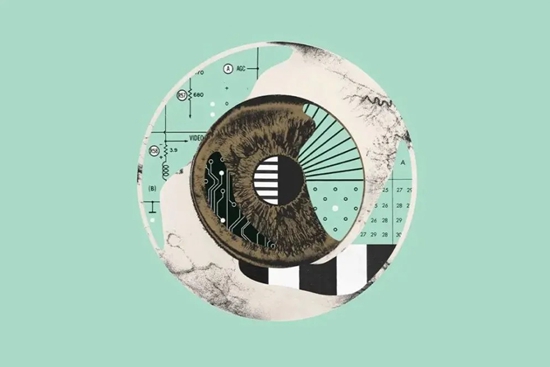 "I believe that once the quality of the technology reaches a suitable standard, and approaches something approximating the vision achieved by a healthy eye, this technology will be much more commonplace," he says.

"However, there is still a strong drive to treat or prevent blindness from occurring in the first place."

Technologies that detect and diagnose vision impairments, he explains, are likely to have a much wider impact in the short-term. "There are [now] more advanced, easier to use, more reliable and inter-connected diagnostic tools," Mr Shah says.

"For example, we are able to quickly take multiple scans of different structures within the eye, examine them in greater resolution, and share them quickly with colleagues. Artificial intelligence is also able to take decisions [on this], in some cases faster, and with greater reliability, than experienced clinicians."

Dr Karen Squier, an associate professor and chief of low-vision services at the Southern College of Optometry in Memphis, Tennessee, believes that some of the most important improvements in eyecare technology are often the smallest.

She points to thing like the Apple iPhone's accessibility features. These include a voiceover function whereby the user can get audio descriptions of what is on the screen - from the battery percentage, to who is calling, and what app your finger is on.

Dr Squier also highlights Microsoft's Seeing AI app, which uses a smartphone's camera to identify people and objects, and describe them audibly. It can also check barcodes and then tell you what the item is, or read handwriting out loud, such as a letter from a grandchild.

"That's probably the technology that people get most excited about, because it does a lot of different things, and just uses the camera and operating software that is built into the phone already," adds Dr Squier "And it's usually pretty easy for people to learn how to use."

Longer-term, she believes some of the main benefits of eyecare technologies will come from integrating them into disability-friendly public policies and systems. One example could involve using technology that can alert vision-impaired passengers of bus timetables and alerting them when a bus is on its way, eliminating potential problems at the bus stop.

That isn't to say that Dr Squier doesn't see more sophisticated technologies - bionic eyes included - having a significant impact in the future as technology advances.

"I think even bionic eyes are going in the right direction," she says. "But we'll have to see how it goes."